Birth in Four Cultures: A Crosscultural Investigation of Childbirth in Yucatan, Holland, Sweden, and the United States.
by Brigitte Jordan, Robbie Davis-Floyd

Midwifery is dying in Mexico. High-intervention medicine has taken over. Mexico now has one of the highest Cesarean rates in the world, over 45%. The midwives who remain are old women with amazing stories to tell. They grew up in the poverty of rural Mexico of the last century: without electricity, without education, without cars, and without access to medical facilities. They learned midwifery skills from their mothers and grandmothers, or they learned by jumping in to help when there was no one else who could. They were guided by intuition, by dreams, and by God.

The book Touching Bellies, Touching Lives tells about their childhoods:
I don’t know why the man attacked us like that. He went after children and adults alike. Four children died, and my sister-in-law died too. I was near death myself, so someone brought me here and left me with the midwife Celia…

It tells about their marriages:
I married the man, but I wouldn’t have relations with him. He’d get mad and beat me, but still I refused. Finally, after about a year, I relented, but he still beat me. I would have to hang onto the pole in the middle of our hut while he hit me with his hands or with a strap or a stick.

Their losses:
I had nine babies, all born about a year apart, but eight of them died when they were a few months old. Only God knows why my babies died. It was because of fever or vomiting or diarrhea or something like that. We didn’t have doctors.

And their own experiences giving birth:
Three hours into the trip I suddenly felt the urge to push, so I got down from the horse and had the baby by a river. I used hair from the horse’s tail to tie the cord, and I cut it by banging it with a rock.

But the primary focus of the book is on the women’s experiences as midwives. They tell how they became midwives and they describe the rituals and techniques they used. They talk about their interactions with doctors and with the government bodies that have sought to educate and “manage” them over the years. They tell about the most challenging circumstances they faced as midwives:

When I got there, I found the girl lying on the floor in the bathroom, naked and screaming, with the baby’s foot sticking out… 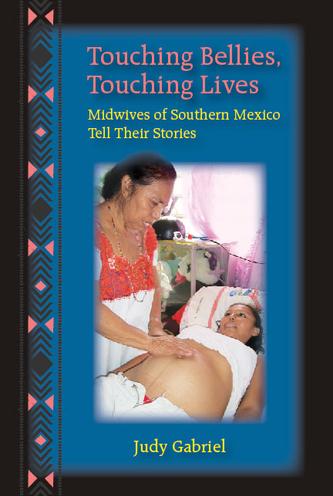